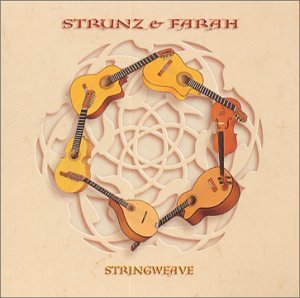 Over the last two decades, acoustic six-stringers Jorge Strunz and Ardeshir Farah have pushed the boundaries of Latin guitar fusion, from the subdued nocturnal improvisations of Misterio to the scorching fretboard displays of Primal Magic. The past few years have seen the group, and principal songwriter Strunz, mellow out a bit with age, but the results have still been gratifying. Fans of their up-tempo, early '90s efforts will be pleased to learn that "i"Stringweave picks up in the energy department while further integrating their Middle Eastern influences into the music. Many of the new songs are reminiscent of their magnificent 1982 debut "i"Mosaico, most notably on the animated "Gypsy in the Wood" and the hypnotic, pulsating "Shamsa." Both tracks spotlight awe-inspiring fingerwork and beguiling guitar/violin harmonies and tradeoffs.

Things to do in Kerala

Due to COVID-19 pandemic, all the festivals in temples and other events have been suspended for a while.
Kalpathi Ratholsavam
Anxiety Rings With Beads Fidget Spinning Rings for Women Worry A
CafePress Mean Girls Already Raining Mug Unique Coffee Mug, Coff
Thaipooyam Mahotsavam, Koorkancherry
Athirampuzha Perunnal
Arthunkal Perunnal
MORE FESTIVALS & EVENTS
EXPLORE OUR VIDEOS Take a peek at what God’s Own Country has to offer you. Be awed.